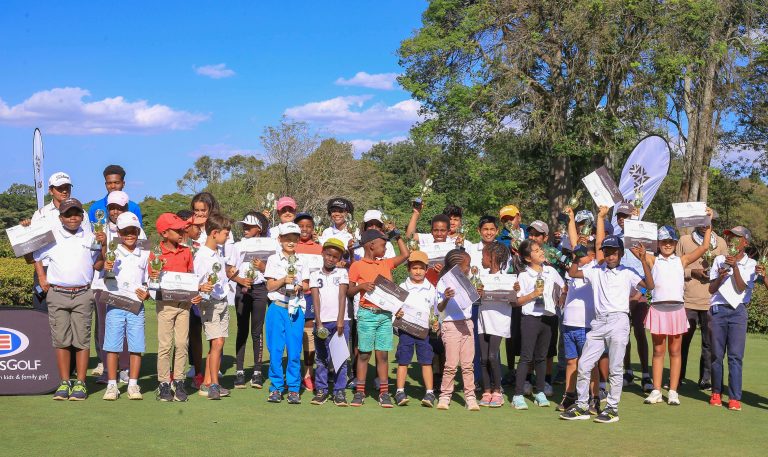 The Karen Country Club will this Monday, August 23, 2021, and Tuesday, August 24, 2021, host the first of two junior golf tournaments being undertaken by NCBA Group as part of its ongoing 2021 Golf Series.

A field of 85 junior golfers will take to the Karen course for a chance to battle it out for the top honors at the tournament.

The event, which is open to juniors aged between 6 and 18 years, will also act as a qualifier for two global junior events: the prestigious Rome Classic, Italy scheduled for October 2021 and the Big 5 South Africa tournament scheduled for 2022 for juniors who finish top two in their categories.

The two-day tourney will feature 13 player categories according to the various age groups for boys and girls. As a result, 26 juniors will qualify to play at the Rome Classic this year and the Big 5 South Africa tournament next year. The tournament is jointly organized by NCBA Group, Kenya’s Junior Golf Foundation, and the United States Kids Golf Association.

“On behalf of the board of trustees of the Junior Golf Foundation (JGF), I would like to thank the NCBA Bank for having included two junior events in its countryside golf series. The two events whose first leg is scheduled for Monday and Tuesday at Karen and the second round at Muthaiga were not among the JGF golf series whose calendar had already been finalised.

“JGF appreciate the thought of NCBA adding juniors in their series. I must also thank the bank for having agreed to partner with JGF henceforward. We look forward to a great working relationship as we endeavor to develop the game of golf through the junior ranks.”

Commenting on the tournament, NCBA Group Managing Director, John Gachora, said: “We are very excited to be hosting the first junior golf tournaments as part of the 2021 NCBA Golf Series. It is one event we have been really looking forward to as it forms the basis on which the Series supports the growth and development of junior golf talent at an early age.

“We are also delighted with the news that the tournament will form a qualification event for both this year’s Rome Classic as well as next year’s Big 5 South Africa tournament. This will offer the junior golfers that excel at this event a grand opportunity to be exposed to global golf practices and will be a great incentive for them to build on as they continue nurturing their talent and skills. We are grateful to both the Junior Golf Foundation and the United States Kids Golf Association for making this possible”

The junior golf tournament is the twelfth event in the 2021 NCBA Golf Series – which has so far produced 11 winners, among them 12-year-old Nathaniel Mwangi, who emerged overall winner at the Karen Country Club leg of the Series.