NCBA has today rolled out a creative brand campaign that will demonstrate the real-life impact of its brand promise on its customers. Dubbed Numbers That Matter, the campaign is the customer’s story of real life meaning behind the financial services solutions they have received.

Numbers that Matter is anchored in the fundamentals of the NCBA brand – the spirit of “Go For it” and centers the customer’s take, with authentic life moments that happened because they pursued their ambitions.

The Numbers That Matter campaign:

1. Features the customer at the heart of the creative, celebrating the moments that matter to them by highlighting the Numbers That Matter to them

2. Underscores NCBA’s commitment to its customers, allowing customers to tell of the authentic and real moments that matter to them

3. Comes to life in a digital campaign that uses Numbers to tell the story of important everyday moments for customers and connects NCBA customers

“We remain committed to keeping our promise to help our customers Go For It.” said John Gachora, Group Chief Executive, NCBA. “The new Numbers That Matter campaign will increase our ability to listen to our customers, building on the bank’s tradition of stability and reinforcing our commitment to offer our customers more choices.”

Added Gachora: “More than ever, we recognize customers want to engage NCBA in different ways, and whichever way they want, they want us to listen. Through the Numbers That Matter campaign, we will reach out to our customers, emphasizing that we are listening and intent on helping them Go For It.”.

“The Numbers That Matter is more than an advertising campaign. It’s a culture shift initiative.” said Rosalind Gichuru, Group Director; Marketing Communications and Citizenship, NCBA. “Through this initiative, we bring to life small yet simple actions and behavior that customers can appreciate while interacting with the NCBA brand.

The Numbers That Matter campaign will roll out immediately in the Kenyan market, and at various times within the year across the other NCBA markets in the region.

NCBA’s brand spirit Go For It was rolled out in October 2019 and the regional bank has since focused on enhancing the customers’ experience through supporting their ambitions.

The Numbers That Matter television brand film will be released on 25 January as part of the campaign launch. The release of the product films will be done sequentially in Quarter 2 of 2021.

However, NCBA customers can expect to immediately share in the excitement of the Numbers That Matter campaign by participating in an immediate online launch experience dubbed “Behind The Numbers, The Code”. Customers will have a chance to win gifts by finding the significance in a few special numbers featured on the NCBA’s campaign microsite.

Do not give out your PIN with anyone claiming to represent the bank, an employee or other unauthorised person.#ProtectYourMoney and reach out to us via to 0711 056 444 or 0732 156 444 for more information. #Goforit https://t.co/VWoqMzoKuY 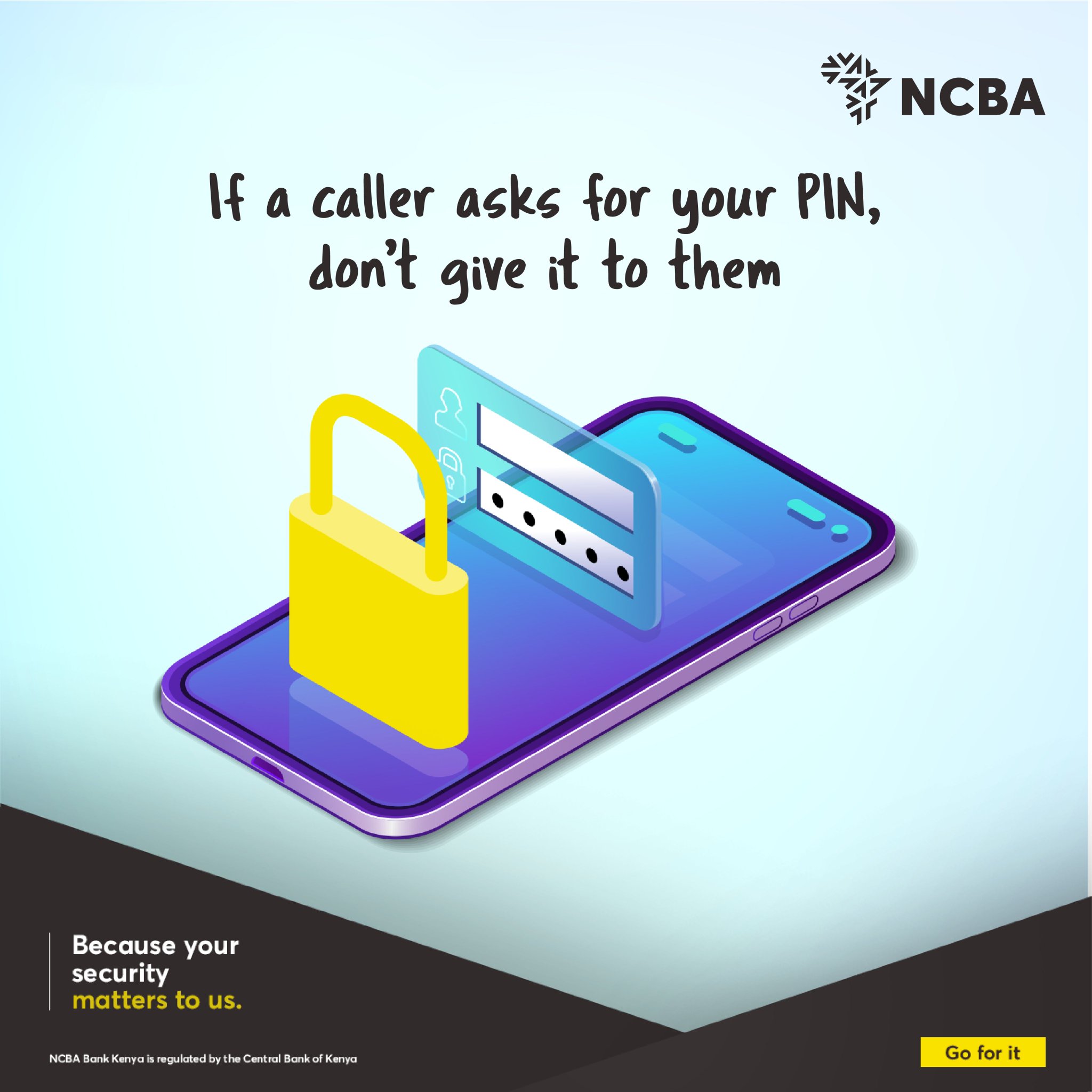